HomeKayak-King's Blog of our news, reviews and fun...KAYAK-KING AWARDED 2014 TRIPADVISOR... 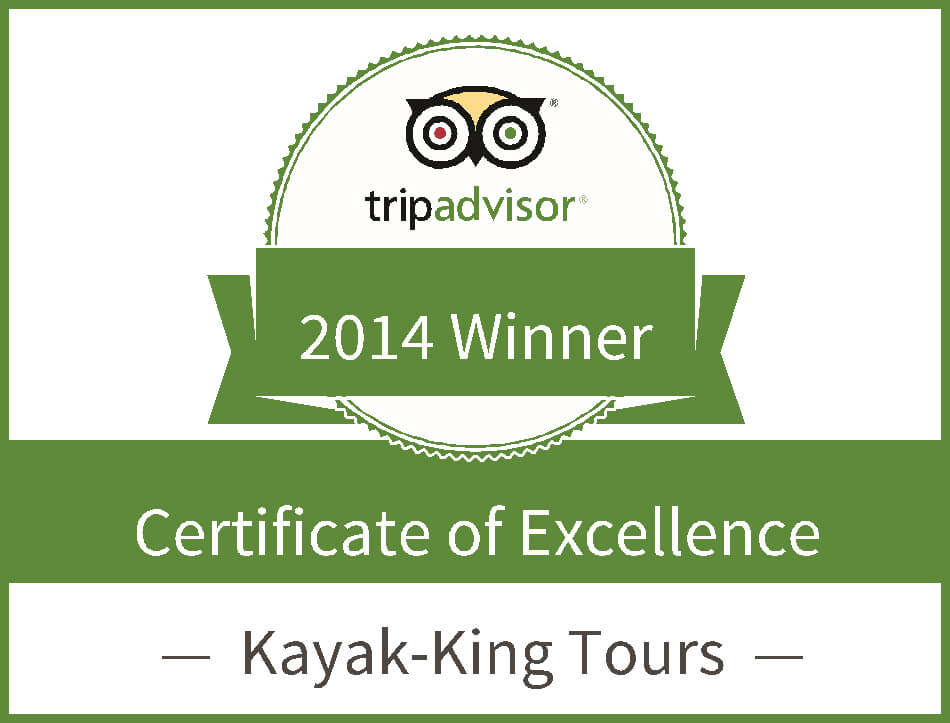 as Reviewed by Travellers on Tripadvisor the World’s Largest Travel Site.

22, May 2014 – Kayak-King providers of kayaking trips along the Pembrokeshire national park, today announced that it has received a TripAdvisor Certificate of Excellence award. The accolade, which honours hospitality excellence, is given only to establishments that consistently achieve outstanding traveller reviews on Trip, and is extended to qualifying businesses worldwide. Establishments awarded the Certificate of Excellence are located all over the world and represent the upper echelon of businesses listed on the website.

When selecting Certificate of Excellence winners, TripAdvisor uses a proprietary algorithm to determine the honorees that take into account reviews ratings. Businesses must maintain an overall bubble rating of at least four out of five, volume and recency of reviews. Additional criteria include a business’ tenure and popularity ranking on the site.

“Winning the Certificate of Excellence is a true source of pride for the entire team at Kayak-King and we’d like to thank all of our past guests who took the time to complete a review on TripAdvisor,” said Ant Goddard, owner and head guide at Kayak-King. “There is no greater seal of approval than being recognised by one’s customers. With the TripAdvisor Certificate of Excellence based on customer reviews, the accolade is a remarkable vote of confidence to our business and our continued commitment to excellence.”

TripAdvisor is pleased to honour exceptional hospitality businesses for consistent excellence,” said Marc Charron, President of for Business. “The Certificate of Excellence award gives top performing establishments around the world the recognition they deserve, based on feedback from those who matter most – their customers. From Australia to Zimbabwe, we want to applaud exceptional hospitality businesses for offering TripAdvisor travellers a great customer experience.”

We are very proud to have been awarded this and are committed to continuing our excellent customer service.